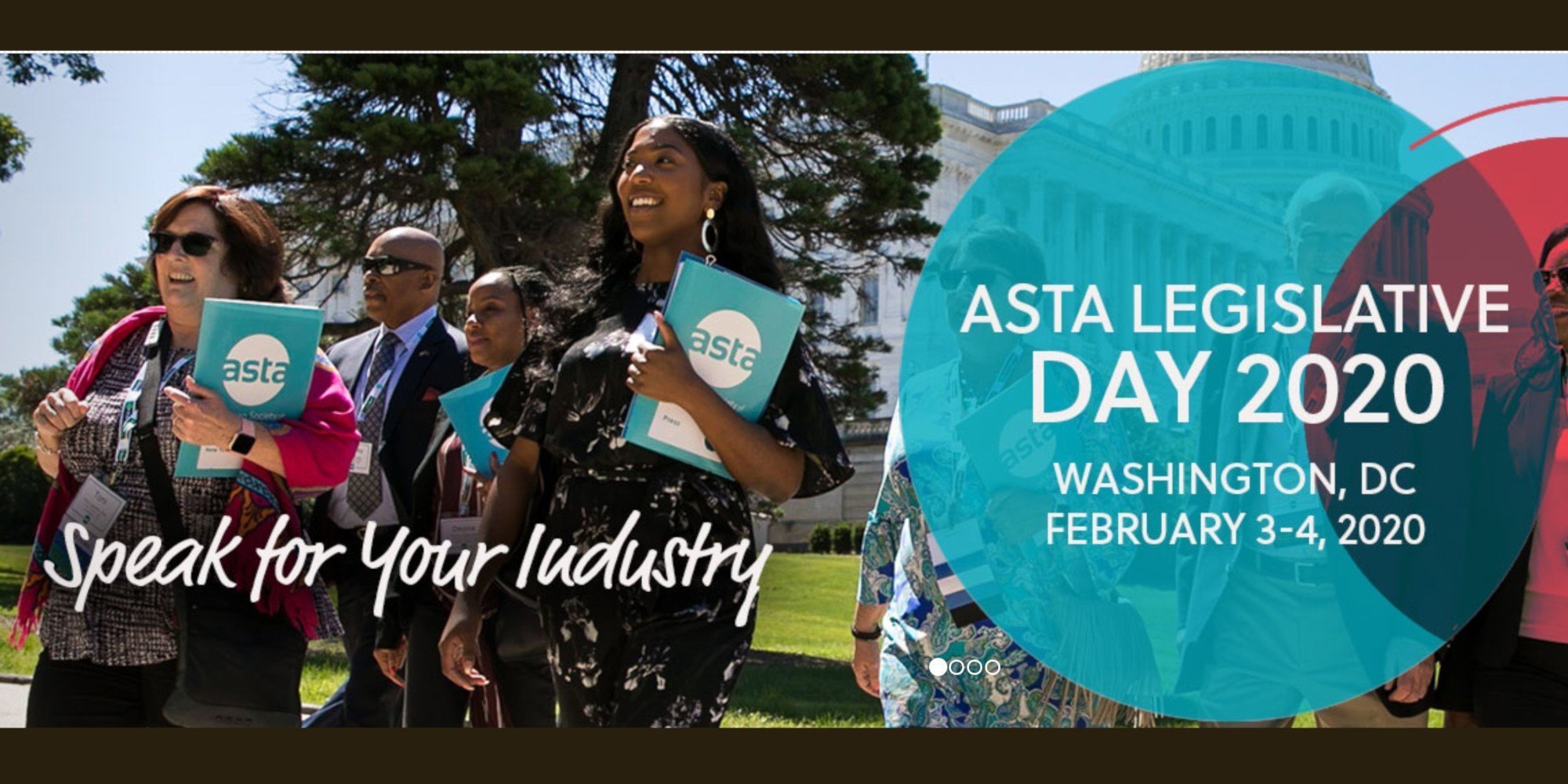 Advocacy today is more critical than ever and we're taking you straight to the source at ASTA Legislative Day.

**Read HAR's write-up of their experience at Legislative Day and why they think you should attend.**

In 2019, we had 160 ASTA members from 34 states represent representing the industry and conducting over 150 Congressional meetings in just one day. Here are the issues we discussed in 2019…

An in-person visit from a constituent is rated by congressional offices as THE most effective way to influence a Member of Congress.