Blog
KHM Travel Group Has Record-Breaking First Half of 2016

KHM Travel Group Has Record-Breaking First Half of 2016 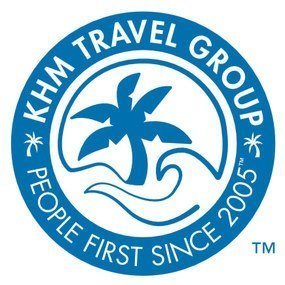 KHM Travel Group has already had a record-breaking year during the first half of 2016. Building on a highly successful 2015, the host agency’s network of agents and dedicated support staff of 50+ have continued to improve their sales, supplier relationships, and achievements in the travel industry.

Right out of the gate, KHM Travel Agents set the tone for the year by booking more than $4 million in travel with Royal Caribbean International in the first week of January.

Later that month, KHM Travel was honored to be listed on Travel Weekly’s Power List at #58 based on the $115 million in travel sold in 2015. The prestigious Power List ranks the biggest sellers of travel annually.

Overall, KHM Travel Agents earned a company record of $4 million in commissions during the first six months of 2016. In July alone, agents received a total of $1,144,000 in commissions, the highest payout amount in KHM Travel’s history.

In addition to sales awards, KHM Travel has also made strides in developing closer ties with suppliers. Just a few weeks ago, it was announced that President/CEO Rick Zimmerman was appointed to Carnival Cruise Line’s Executive Partner Advisory Board!

Finally, the host agency is growing in numbers as well as sales. With the new agents that have joined so far in 2016, KHM Travel now boasts an agent network of 4,000+!

To match the surge of new agents, KHM Travel has also enhanced many aspects of their platform. They’ve rolled out a completely new CRM system, which is available to their agents at no extra cost.

They’ve also revamped their live educational events to be more business-minded and focused on the practical knowledge needed to actually run and grow a home-based travel agency.

It’s been a busy year so far for KHM Travel Group, but a very rewarding one for both their agents and staff!

KHM Travel Group is one of the nation’s leading host agencies, providing education, support, tools, and resources for independent travel agents around the country. To learn how KHM Travel Group can help you build a fun, thriving travel agency from home, call 1-888-611-1220 or visit khmtravel.com.

KHM Travel Group Has Record-Breaking First Half of 2016